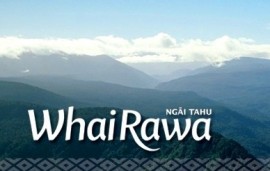 Ngai Tahu young people are more likely to be savers with better financial literacy than other young New Zealanders. This according to a study undertaken by the Financial Education and Research Centre reported in the Herald today.

The study attributed the its findings largely to the Whai Rawa savings scheme – one of the initiatives set up by Ngai Tahu with the proceeds of their Treaty settlement. Under the scheme young people are encouraged to save with the tribe matching their contributions. The funds can be used for education, home ownership or retirement. As the Whai Rawa website says:

Whai Rawa is all about creating a better future for Ngāi Tahu whānau through greater wealth and wellbeing.  Improving participation in tertiary education and levels of home ownership, along with having sufficient funds for retirement, are keys to growing wealth and wellbeing. (www.whairawa.com)

Whai Rawa (Pathway to Prosperity) is another answer to those prone to skepticism about the Treaty settlement process. Its a visionary scheme with a long term horizon. And the research shows it is already bearing fruit.