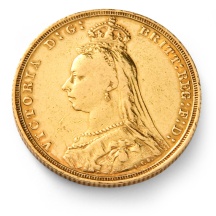 In 1837 at Paihia in the Bay of Islands the first Maori New Testament was printed – Te Kawenata Hou. Shortly thereafter a messenger arrived at Paihia from Te Rarawa chief Nopera Panakareao. He had journeyed several days across country with a letter requesting a single copy of the New Testament – and a one pound gold sovereign to pay for it. The printer William Colenso noted it was the first gold coin he had ever seen in the land. Such was the hunger among the New Zealanders for the Christian scriptures.

As Keith Newman notes in his excellent book “Bible & Treaty”, within months of its first print run of 5,000 copies the Maori New Testament had quickly become a treasured taonga across New Zealand. Emissaries were sent from all across the land to Paihia requesting copies and wherever missionaries visited they were pressed for Te Kawenata Hou.

One those missionaries Rev William Williams tells the account of a Captain Symonds (RN) travelling in the central North Island. He and his party sought permission from the local chief to climb Mt Tongariro – it was denied. The chief remarked “They offered us gold, …had they brought us some Testaments we would have consented to their going up the mountain.” However the chief told them that if they returned in the summer with New Testaments the tapu would be lifted and they could climb the mountain (“Christianity Among the New Zealanders” 1867, page 286).

The amazing thirst for the Bible among Maori is something generally overlooked by modern historians. Instead they prefer to trivialise the work of the missionaries and marginalise the huge influence for good that Christianity had in early New Zealand. In one generation a nation had been transformed from a land of violence, vengeance and cannibalism, to a land where chiefs were willing to pay gold for Te Rongopai – the good news that brought peace.

The events of the 1830s in New Zealand show that radical societal change for the better is possible in our land. It has happened before and it can happen again. But it will take leaders like Nopera Panakareao, the Tongariro chief, and those who carried the true Taonga across the oceans to these islands at the uttermost ends of the earth.

Because I love your commands more than gold, more than pure gold…   Psalm 119:27

1 Response to More than gold