This our fathers did for us… 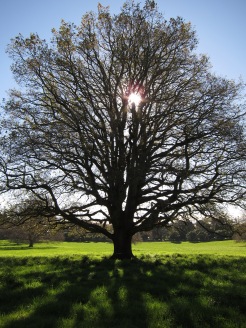 Last week floral tributes appeared at the entrance to Cornwall Park commemorating 100 years since the passing of Sir John Logan Campbell one of the founding fathers of Auckland. Sir John owned the land that is now Cornwall Park and originally planned to build his own residence there. However in 1901 he gifted it to the people of Auckland during the visit of the Duke and Duchess of Cornwall.

Cornwall Park now stands as a testament to long-term, generational thinking. For over a century it has been a place of beauty, serenity, and refeshment for the soul. Whilst all around it the land has been divided, developed and on-sold many times over for gain and more again, the park has remained a bastion against the restless speculative spirit of the city. It exists as land apart – consecrated to a different call. A call to legacy and inheritance.

As we look to renew our nation, Cornwall Park and the noble ideals it represents, are a signpost for us. From our fathers comes a guiding hand for our children and their children. It is not about what we can have now. It is about what we can leave them.

The plaque near the entrance to Twin Oaks Drive speaks of the spirit of the park in a poem adapted from John Ruskin. It ends;  “See, this our fathers did for us!”